Death - preparation is the key

Here's an interesting article on why, with a few useful tips on how.

It's written for nurses, but it takes two to tango when end-of-life beckons........
Posted by Peter Goble at 9:00 PM No comments:

This evocative image of clinging on is titled "A Study For Self-Doubt" - I can't recall its provenance. 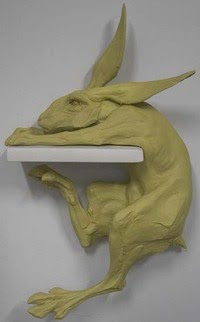 I'm working slowly on a position paper that I hope will have implications for the Trust. There have been informal overtures from 'sources' (not yet to be disclosed as that would be premature) interested in a partnership arrangement with the Trust; a partnership that might lead to some diversification and expansion of the Trust's mission - into the field of mental health. The paper argues for such a partnership, against the background of changing need, of more pervasive social and political change (think "Big Society"); and in the context of the Trust as a 'dying organisation', in several senses of the words, dharmic, demographic, financial and real.

Mental health has long been of interest to me, partly because I have had a long career in mental health work - as a nurse, a nurse teacher, in service development as a manager, in Africa where they do things differently; and in my personal experience of mental illness at home: my own clinical depression and personality problems, the difficulties experienced by others in my immediate family, my interpretation of dukkha, and the remedies of the Noble Eightfold Path. Quite an inventory of interests and concerns.

And it seems to me that these are widely shared by other Buddhists. As long as I can recall, the Buddhist Hospice Trust has been something of a beacon to people in mental distress, not just as a result of serious physical illness, imminent death or bereavement, but often for complex and poorly articulated reasons, of alienation and exclusion, of confusion and anxiety, even of rage and resentment.

Some of these have been people who "bumped into Buddhism and got bruised" (a concept around which the Network of Buddhist Organisations developed under the auspices of the late Dr Sally Masheder), some have been shunned or stigmatised by Buddhist sanghas as 'weirdoes' or 'misfits' or 'malcontents' - people who turn up for meditation classes drunk or stoned, people who are garrulous and argumentative.

Like attracts like, they say, and I have always had both fellow-feeling with and a certain fascination for, such people. Not a few have become firm and wonderful friends, mentors and guides on my own spiritual journey, although both I and they are keenly aware that ours can be, or certainly feel like, an on-going, even a life-long struggle with disadvantage, stigmatisation and poor health.

I have long subscribed to the 'spiritual emergency' theory of mental illness, including psychosis, a proposition which is by no means new, and by no means to be lightly disregarded. Media attention to celebrity like Stephen Fry has given something of a sympathetic gloss to the idea that mental illness (especially bi-polar disorder) is a kind of benign holy madness with a creative spin. But the idea has merit, and is experientially as well as in research-terms, perfectly valid.

So I am serious in believing that Buddhism, and in particular the Buddhist Hospice Trust, has something to offer to the hundreds of thousands of people who suffer alone, struggle unsupported with recovery, and for whom simple fellowship, bearing witness, and presence is likely to be a key ingredient on the road to health. So I am working on the idea, and will publish it here first. If you have ideas on this, let me know.
Posted by Peter Goble at 2:19 PM No comments:

My last post was in May, an interval of three months since.

I'm visited by a strange spirit of reticence recently, but not just that. I'm undergoing an internal 'makeover', the fruits of nine months of regular practice, using a method I read about in a book by Will Johnson, titled "Aligned, Relaxed, Resilient". I love the book, and I love the method. The first time I tried it I had a sense of 'coming home', and I've persevered with it ever since.

In his book, Will Johnson 'takes a pop' -gently and not dismissively - at sitting meditation , and suggests meditating standing up as an alternative or complementary posture, with eyes open. Just as it says on the book blurb, the secret is to align the body vertically with the downward embrace of gravity. This is not to strain to stay erect like a soldier on parade, but to rather to allow the body to align itself with gravity in an effortless way, like a tree: swaying slightly, the weight of its great limbs perfectly poised around a small base, anchored in the mothering earth, without effort or complaint.

The further secret is to surrender to the downward draw of the earth, to gravity's powerful anchoring pull. Like alignment, this isn't easy. I've learned to brace myself against all manner of shocks, and I hold my body in a state of more or less constant tension - although I seem on the surface to be relaxed, and not unusually 'up-tight'. This method teaches how to release this chronic 'holding' tension, wherever - through patient and careful examination - it reveals itself.

Alignment and relaxation together, that's the way, and it it taking time to get into it, but mindfulness of the breath provides the resting place for the mindfulness needed, so that awareness can extend to every part and corner of the body, to every subtle sensation and movement, eyes open and unfocussed, ears alert for all sounds, just in each moment, moment by moment. What a wonderful discovery, and so unlike the exacting methods proposed by many meditation teachers, of unwavering stillness, and attention only on the breath at the nostrils, or on the upper lip. Did the Buddha ever teach that? Johnson opines not.....

Resilience: this is the name applied to the myriad of tiny adjustments of body and mind, that allow alignment and relaxation, deepen mindfulness and open the aperture of awareness that is usually narrowed to a slit (like looking at the universe through a straw, someone said).
Since reading Will Johnson's book - I love it so much I actually hug it, and I've twice kissed it! - I've written to Johnson and had his several replies, encouraging me and pointing me to ways of developing the insights I've gained. Through the kindness of George Draffan at naturalawareness.net I've learned to combine standing-like-a-tree, a qi gong practice that complements the standing meditation, and sitting, eyes open and unfocussed, at intervals when to do so seems right, which is more often than I could have believed possible hitherto.

The effects have been many and various. George Draffan - during a short on-line conversation using Skype - asked me what issues I was ready to work on now that I had got familiar with the practice, and recognised its worth. I was unprepared for the question, but heard myself stammering, "Er, anger, ,and, er, sadness, I think........and shame, and making amends...." "That's fine", said George, "work on those......"

I hadn't the presence of mind to ask him what "Work on those...." meant. But it seemed to me that just voicing those words, which came from I don't know where in my conscious or unconscious mind, was enough or, at least, it was enough that I formed some intent around or with those 'issues', so that that intent combined with the practice to let healing begin, in its own way, in its own time, and yielding its own results. My role is to notice, to trust, and to continue with the practice, joyfully. "Happy practice!" is George Draffan's coda to all his messages, and how it transforms it! No longer dutiful and arid, practice is like coming home, although the results are startling, challenging and call me to a new way of being.

I've said enough, I think. This is not exactly a frugal or parsimonious post, but I'm glad I've made it, thankful to those who have guided and supported me to here, and hopeful that some reader may take heart from the story, read Will Johnson's enlightening, funny and fascinating book, and find their own way home to dynamic, embodied awareness, as I've begun myself.
Posted by Peter Goble at 9:18 PM No comments: 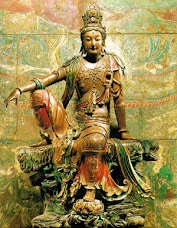 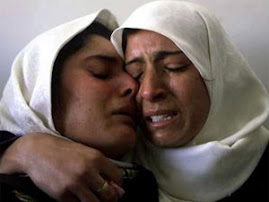